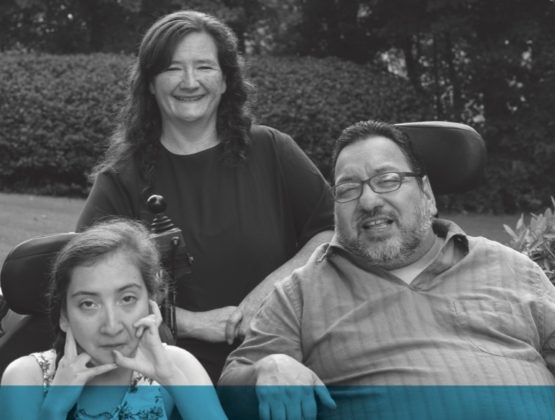 Originally from Silicon Valley, Ruben was born with cerebral palsy, weighed 2 pounds, 2 ounces at birth, and into a family with limited resources. In high school, Ruben realized he had the “gift of gab” as he joined the debate team and won competition after competition. Later, he and some friends went to Seminary, discovered programs like Young Life and Ruben felt the calling. He joined and worked in several programs designed to help the disabled, and met his future wife, Renee, who volunteered in one of those programs called Copernium.

Copernium went national and sent Ruben, Renee and their three daughters to Greenville. One of their daughters Emily was born with Spina Bifada. With both Emily and Ruben in wheelchairs, living conditions need to be customized as much as possible. By partnering with Habitat for Humanity their home will be built so that things most of us take for granted can be made easier for Ruben, Emily and the whole family.

Ruben and Renee call their encounter with Habitat, “a Divine Appointment” and they are grateful for the financial education they have been provided. “A house represents the American dream, says Ruben, “and it allows me to keep my promise to my wife about some day having a home of our own.”